The States of Guernsey Treasury is delighted to present a new version of the £20 note to commemorate 100 years since the end of the First World War (1914 - 1918).

While the overall note design and security features are similar to the 1996 series full circulating note, there are a number of specific changes that have been made to the note to mark this anniversary:

The commemorative £20 note will begin to enter circulation tomorrow [8th November 2018]. A limited issue of 500,000 notes has been commissioned. This is the fourth commemorative banknote to be produced by the States of Guernsey and the first commemorative with changes to both sides of the note. The other banknotes were:

There are no plans to introduce polymer notes at the present time but this remains under review. 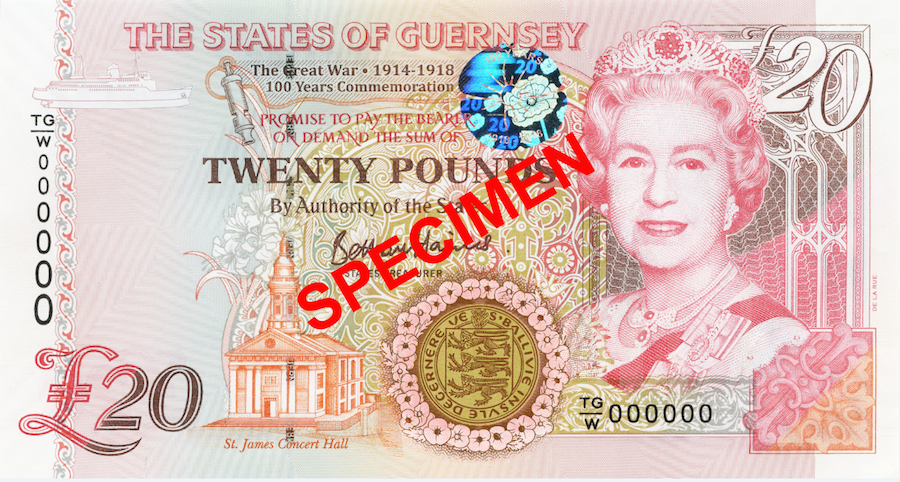