Alongside Les Voies, Le Murier and St Anne's in Alderney, there will be three 11-16 schools at Les Varendes (the site of the current Grammar School and Sixth Form Centre), Les Beaucamps and St Sampson's High Schools.

The Music Service, Youth Commission and Sexual Health And Relationships Educators (SHARE) team will be accommodated on the Les Varendes site.

A new single Post-16 Campus at Les Ozouets (the site of the old St Peter Port School) will accommodate both The Guernsey Institute and the Sixth Form Centre. The Princess Royal Centre for Performing Arts will remain on the site as an integral part of the new campus. 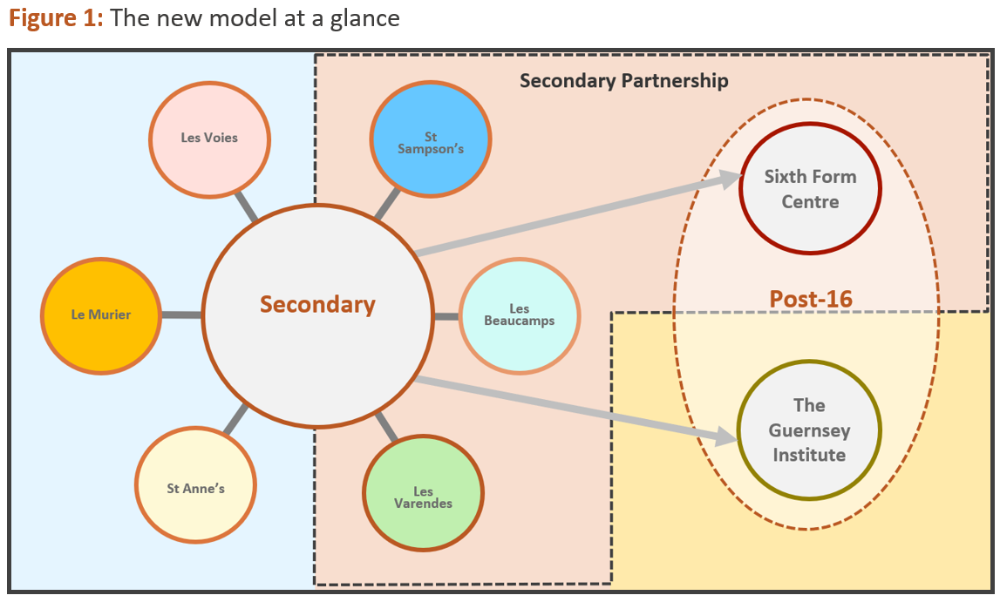 The Secondary School Partnership, composed of the schools at St Sampson's, Les Beaucamps and Les Varendes together with the Sixth Form Centre, will enable and promote the sharing of best practice, leadership and resources for each educational establishment to deliver the education strategy defined by the Committee for Education, Sport & Culture. 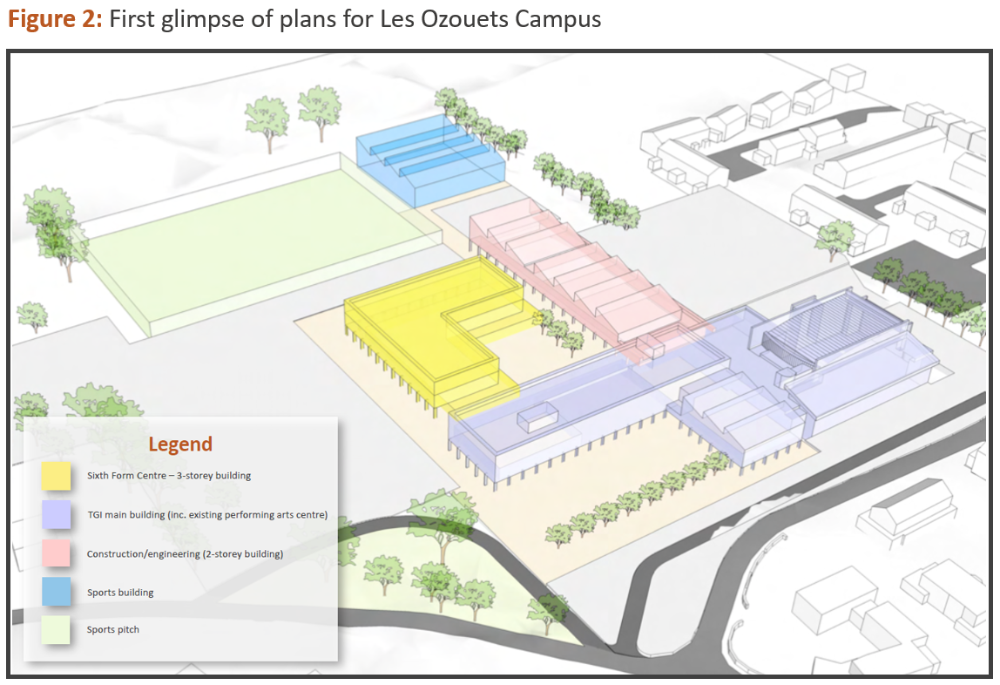