After two years of hard work to eradicate the non-native invasive plant species of Himalayan balsam, Agriculture, Countryside & Land Management Services are calling for Islanders to check their gardens for any remaining specimens.

Thousands of these plants have been removed over this time period. Without this work, the species would surely have become uncontrollable, leading to huge impacts on Guernsey's local wildlife and biodiversity as it smothers the land and native plant species.

Acting now in the early stages of its invasion is critical. If it takes over an area, removing Himalayan balsam can be a formidable task as witnessed in many parts of the UK. Evidence collected over the course of this summer suggests that efforts to eradicate this seriously invasive plant pest from the island has paid off. After two years of targeted action there are now no known areas where this plant is thought to have survived. However, there are likely to be some specimens still dotted around the island perhaps in people's gardens or fields. It's important that any such specimens are found and reported; if this can be done then this harmful invasive species can be fully eradicated from the island.

At this time of year the plants will be starting to set seed, so Islanders are encouraged to check their land and report any specimens as soon as possible. Suspected findings of Himalayan balsam should be reported to aclms@gov.gg or telephone 01481 220110. Images of this plant can be found at the bottom of this page.

"From the number of sites that were in people's gardens, it is quite possible that there are more places that we don't know about. We rely on the public's interest and support in reporting this and any other invasive species. We are also grateful for their goodwill to allow us to access their land to remove it once it's found.

"We really don't want to allow this species to become established on Guernsey as it could easily become a significant problem for our wildlife and for landowners. We would encourage anyone who believes they have found Himalayan balsam to contact us as soon as possible." 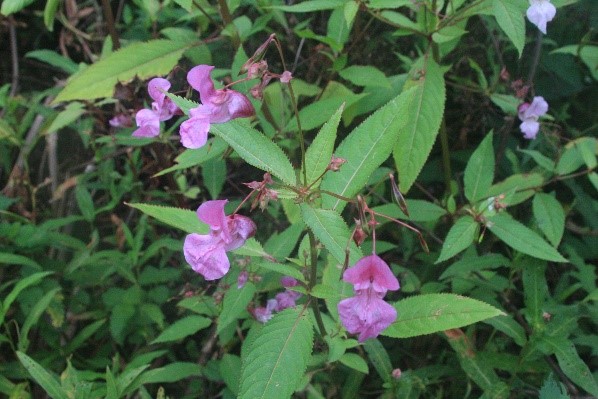 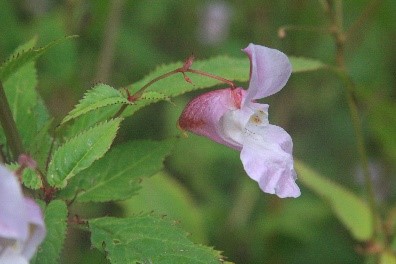 Close up of flower detail 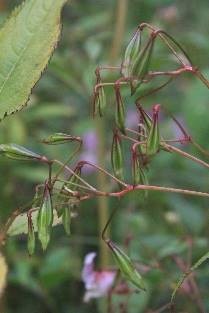 Close up detail of seed pods